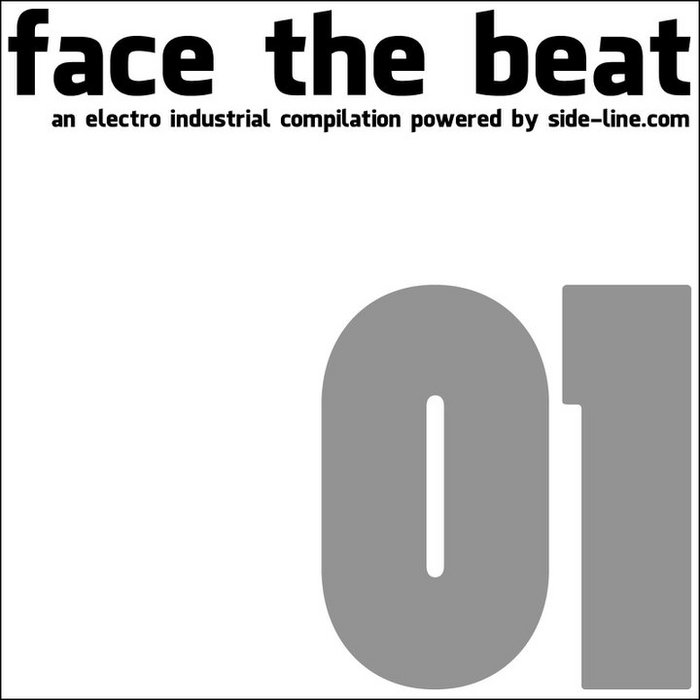 Jean-Paul DuQuette Although I must admit I have already heard some of my favorite tracks here elsewhere, this is a very good sample of the electro-industrial / cyber-goth scene of the day. Absolutely worth dropping a few bucks on. Favorite track: Rhythm Machine (Bonus track).

Henrik Selin I think it is great that you have made this very nice compilation available on Bandcamp. Lots of lovely tracks.

The compilation has been added here too to prevent illegal websites taking advantage of the fact it was no longer available. If you donate, we will again be using it for our charity causes.

The first volume in the "Face The Beat" series was available on the Side-Line Facebook page www.facebook.com/side.line.magazine for FREE during Summer of 2011. It was downloaded over 24.000 times.

We received no less than 1258 submissions (minus the ones that didn't fit the bill so to speak)! From those we picked 50 tracks (plus 5 bonus tracks) from bands that according to us deserve your attention. Note that the compilation does not have an A to Z tracklist, instead we invite you to use the shuffle feature as much as possible to discover this material from different angels.

Compiler Bernard Van Isacker: "The idea behind the compilation is to create a platform through which we can offer our readers access to bands that they have often never heard of before. We already bring news on a very 'own' way, it will be the same with this compilation, so expect bands you never heard of with an own sound. We were lucky enough that several labels agreed to join in to push this compilation and invest in the new breed of bands by giving us tracks from their catalogue as well. The result: a solid 55-track long voyage through the musical minds of our Facebook page fans. One thing is sure, Facebook is ready for being used as a music platform, this compilation is the proof."

Side-Line started in 1989 as a print magazine for electro / industrial music. In 1999 it also went online at www.side-line.com to provide a daily news service. We reach around 65.000 music fans per day via our various online properties.

Bandcamp Daily  your guide to the world of Bandcamp